In The Mourning Suit (2010), I combine Haitian imagery with traditions from Filipino and Western culture. In this performance piece I wore a black funerary suit, veil, and hat covered in ceramic mourning pins. It is a tradition in the Philippines to wear a mourning pin after the death of a close friend or family member. I chose to cover an entire funerary suit because I feel that the pain of death cannot be represented by one pin. The death of one person can weigh as heavily as the death of a thousand. I used a black suit because in most Western nations people wear black at funerals as a sign of mourning and respect. When the suit, veil, and hat are covered with pins the ensemble is reminiscent of the Haitian god of the graveyard, Baron Samedi, who wears a black suit, top hat, and a cane. During the performance I played music with a heavy grating bass and moved very slowly. The heaviness of the suit represents the debilitating effects of death on all effected by it. 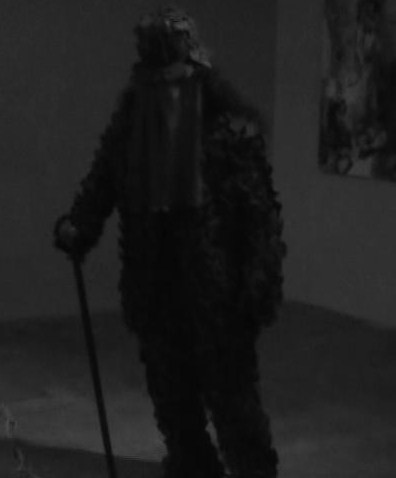 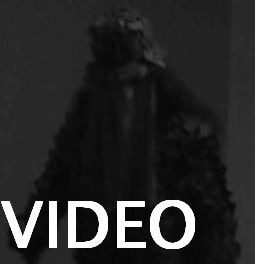