It was because of the personal tie to this issue of marriage and motherhood that this installation was the most outwardly humorous and satirical. On the wall in the far left of the scene hung an antique X-ray box with two backlit photos on it; One of a Virgin Mary-esque bride giving birth, and the other of that same bride smiling and holding her six deformed Cupie babies. The title I now pronounce you… Mommy referenced the paradox of roles addressed in the photos. The woman in the photos was pregnant, but wore the veil of a bride and a halo reminiscent of the Virgin Mary. Though it was a personal belief that motherhood deserves the status of distinction in our society, the distortion of that figure displayed the outrageous expectation of women to be married and to reproduce at a young age. In the birthing photo, the woman was supposed to be in pain, yet she was laughing, drinking and smoking, which no sane mother would do. This photo illustrated the pressure placed upon young women to become mothers, even when lacking an understanding of the responsibility that is involved in motherhood.

The second photo of this installation also parodied the status placed upon motherhood The light glinting off the halo-veil made more prevalent the satirical reference to the Virgin Mary holding the Christ child, the ultimate image of motherhood seen in popular culture today. She continued to smile, look beautiful, and smoke, even after giving birth to six oversized babies. The deformed ceramic Cupie dolls, decorated as collectable kitsch figurines, referenced the growing glorification of the teenage mother. The children represented baby-dolls, collectables that a woman must acquire to gain the lofty and coveted status of mother. 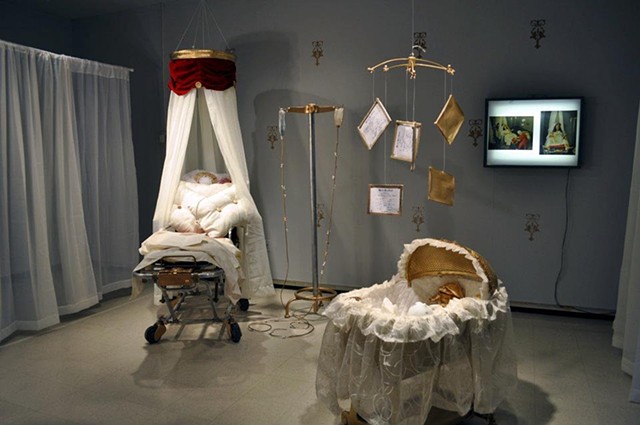 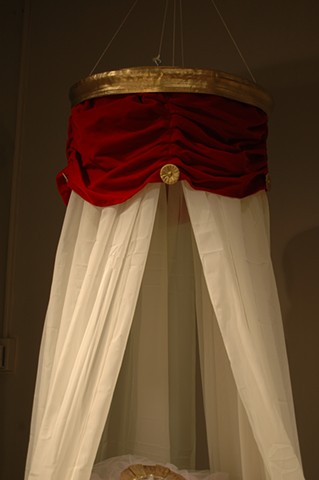 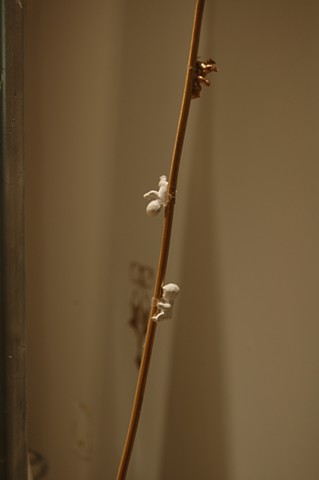 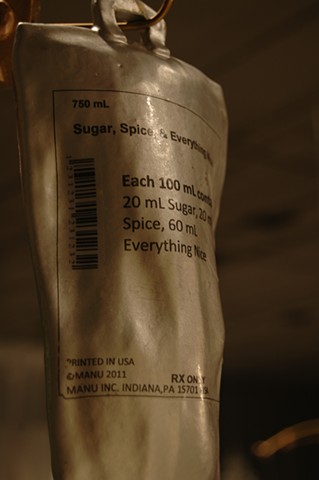 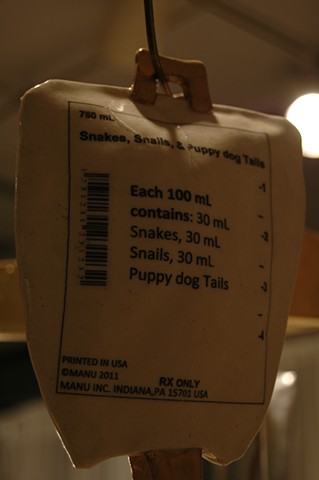 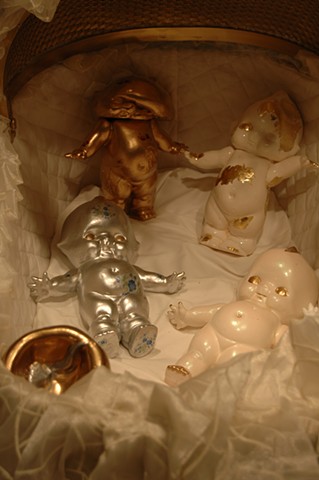 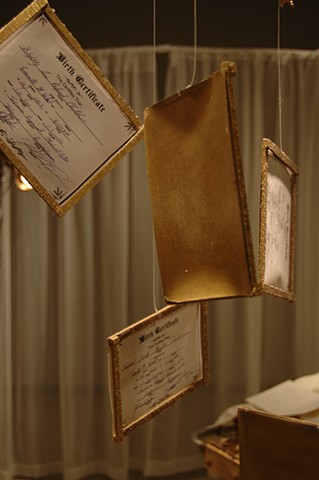 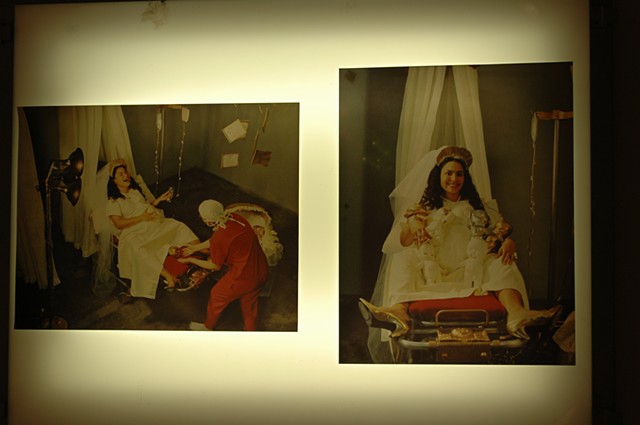 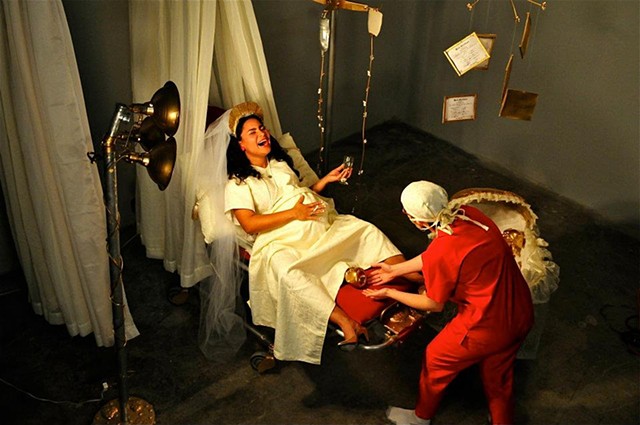 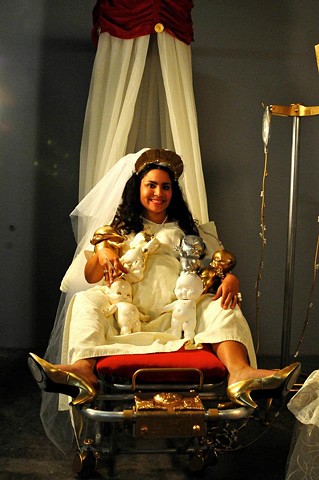